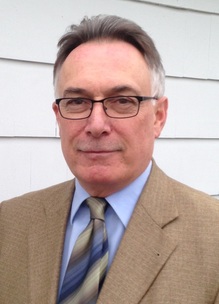 
Bio: Paul Cavagnero was born and raised in Torrington, graduated from Amherst College, Phi Beta Kappa, and spent the first half of his professional life working in the broadcast industry in New York and Los Angeles. Eventually, Paul returned to Torrington with his two young children to raise them as a single parent in a healthier environment. He will tell you that it's the best decision that he ever made.

Beginning in 2003, Paul served 10 years on the Torrington Board of Education, five of them as Chairman, where he successfully managed to replace two different Superintendents who did not share the same educational priorities as our community. Importantly, both Superintendents had existing contracts with the City but no lawsuits against our town were incurred. Paul also fought constantly for more Administrator accountability along with a more robust whistle-blower policy to protect teachers who wished to speak out. In his final years on the BOE, Paul initiated a plan to overhaul our High School curriculum to align it with the rapidly expanding career opportunities of the new digital economy.

Currently, Paul is a member of the Torrington City Council where he has spoken out against - and voted against – many initiatives that he felt did not represent the best interests of our fellow citizens. Most notably, Paul led the fight on the Council to stop Woodridge Lake from running their sewage through our West End water supply. He is currently pushing back against the Penrose Housing Project because of his fervent belief that the last thing our city needs right  now is more  taxpayer -assisted housing.

Because of his many years on the BOE, Paul strongly believes that many of the most vexing problems facing public education today do not exist in a vacuum. Rather, they are associated with larger forces at play in our state and federal approach to education. Because of this, Paul continues to push the City Council to facilitate a regular series of joint meetings with the Board of Education and appropriate State officials to find a coherent, realistic path forward to find workable solutions to these educational challenges.

Anyone who follows local politics knows Paul to be the type of public servant who has always put the interests of his fellow citizens first and who will not shy away from speaking out against wrong-headed city plans.

His political philosophy is simple: Elected officials should focus less on being good Politicians and more on being great Public Servants.